There is no shortage of opinions, articles, policies, and publications about why, when, and how often we men should check our PSA. This unrelenting tsunami of often unsolicited advice includes the voices of medical professionals, government gurus, insurance entities, and lay people. Unfortunately, they often fail to consider a critical piece of the PSA puzzle.

But before delving into that, let’s first respectfully ask: Are the members of this consortium at least well-intentioned in promoting their position on PSA testing? Perhaps some are—or at least think they are—but I suspect there are often hidden agendas as well as some not so well-hidden.

Those paying the bill for each test, small though it may be, would naturally have a vested interest in less testing. So would the pretenders who believe “no news is good news” (i.e., ignorance is bliss). On the other hand, the more proactive players would say that with knowledge comes power, so let’s test, test, test; if there’s anything there, we want to find it and treat it. I suppose lobbyists for the laboratories might also favor the proactive position.

Now, to me—a guy who had prostate cancer and proton therapy in 2011—this vociferous cacophony of PSA posturing seems a bit surreal. I feel as if I’m in a huge room filled with faceless, nameless people pontificating, arguing, and writing papers about what I should or shouldn’t do. They completely ignore the fact that I am also in the room. They don’t look at me. They don’t talk to me. I am invisible to them.

Shouting into the wind In this vision I notice many other men like me, also invisible, so I shout, “Hey! What about us? What about these guys over here who are patiently watchfully waiting? Or those guys over there who are anxiously actively surveilling? Or the post-treatment men standing here with me who are possibly just a little paranoid? It is our lives that might be affected by the information the next PSA test provides, and we are not invisible!”

In case one of those anonymous PSA preachers is listening, I continue shouting, “We who are actively in the game watch our PSA level like our life depends on it. We have all found ourselves endlessly asking, “When should I get my next PSA test, and what will it mean for me?” For us, it’s not a public policy. It’s personal. You are welcome to have an opinion, but please do not presume to know what’s best for me.”

Some of us are still hoping to avoid a first biopsy, holding our breath from test to test as we watch a normal-range PSA rise slightly but steadily. Others of us were treated and are smiling as we watch our PSA plummet, while simultaneously biting our nails in silent fear that next time it will reverse direction. An inevitable few of us have had a post-treatment rising PSA and are using all available tools to beat it back down. And let’s not forget those of us hanging on for dear life as we ride the perilous roller coaster of perpetual PSA ups and downs.

The combinations are endless, and these are just examples of the variety. We each have our own story and a PSA-testing mindset based on our unique history, circumstances, and personality. But even an ostensibly homogeneous group of men is sure to include an optimist with nerves of steel, never giving his PSA a second thought between tests, along with a worrier who agonizes about it daily. The optimist will never convince the worrier to relax, just as the worrier cannot unnerve the optimist.

The Story of Mick

Meet Mick*, whose prostate cancer was detected early and treated successfully with proton beam therapy. He was nervous before treatment, nervous during treatment, and continues to be so afterward. At the same time, he most certainly feels some level of relief, satisfaction, and hope that it’s all behind him.

After eighteen months of a falling PSA, Mick’s number increases a little. Despite knowing that such a bounce is not uncommon, and despite his oncologist’s recommendation to relax and see how things look in another six months, Mick’s worry meter is flashing red. After all, he knows a woman who knows a guy whose brother had a recurrence and Mick is sure his own PSA blip means he is next.

Mick doesn’t want to wait six months for more information. For him, it would be a half year without a single day’s rest. He needs to know something much sooner. His doctor reluctantly but compassionately compromises, conceding to another test in three months, but Mick is still not satisfied. Why wait even that long? Why not next month, or in a couple weeks?

Assuming he is willing to pay the bill, what do you think Mick should do? Maybe you’re convinced a follow-up test in three months is reasonable and sufficiently prudent. Well, fine. You disagree with both Mick and his doctor. Six months? Three months? Two weeks? Which is right? Of course, the complete question should be, “Which is right for Mick?” Ultimately, only Mick can answer that.

Nevertheless, in an effort to help Mick look beyond his next test, you might ask him, “So Mick. Let’s assume you’re tested again in a month and your PSA is back down, then what? Double-check it a couple weeks later to confirm the drop? And what if it then goes up a bit? Or stays down once more?”

There are so many possibilities! We have to wonder if Mick will forever need monthly PSA tests just to maintain some sanity. Maybe that would work for him. Maybe not. It’s Mick’s call.

To solve the PSA scheduling puzzle for Mick and all of us, we might wish for a universal flow chart, an all-encompassing road map that incorporates every combination of circumstances. But there will never be such a map. The correct answer for when to have a PSA test necessarily involves a complex and endlessly varied set of conditions and emotions understood best by those walking in Mick’s shoes.

… we should remember that the PSA test is merely a blood test, not a gateway drug.

It’s time to accept that the role of the PSA test is not one-size-fits-all. There are no magical universal numeric cutoff points that can or should apply to everyone. There is no set of categories into which every man can be comfortably cubby-holed. Most importantly, there is no need for such cutoffs or cubbies.

Furthermore, despite what some would like us to believe, we should remember that the PSA test is merely a blood test, not a gateway drug. Having it does not inevitably lead to a biopsy, which in turn does not inevitably lead to therapy.We men, along with our loved ones and trusted medical advisors, can decide when and whether to have a biopsy and/or treatment. Two men in similar circumstances—both of whom most assuredly do not want a biopsy or treatment—might make different decisions for very personal reasons.

If you happen to be one of the bunch attempting to create a universal PSA testing plan for all mankind, please accept that we don’t need or want one. We are actually a pretty savvy bunch of independent guys. We’ve done our homework and have become very well-informed about this particular topic. We understand that the PSA test is fallible. We know it can be misleading.

We are actually a pretty savvy bunch of independent guys. We’ve done our homework …

We also know there are new ways (short of a biopsy) to corroborate or disprove what it might be telling us. But the PSA test remains an easily obtainable clue to where we might be headed. It is information we want, and some of us want or need it more often than others.

Most of us readily admit that deciding when to have our next PSA test is not always easy. In a clear-minded rational moment we might ask ourselves whether another test sometime soon could conceivably cause us to take some action other than scheduling yet another test. If not, we might consider just waiting until later for the next blood draw.

On the other hand, it is fair to recognize and admit that it’s not always about what might be actionable. Instead, it can be about peace of mind and paranoia, well-founded or not. If giving another vial of blood is the ticket for daily sanity, that might be a valid and sufficient reason to test sooner rather than later.

I realize this post is probably preaching to the choir (you) or falling on deaf ears (them). Either way, let me sum it up simply and succinctly for everyone:

The missing piece of the PSA puzzle is you.
Or me. Or Mick.

Am I on target or off base? Email me to let me know what you think. Thanks!

* Know a guy named Mick? If so, this is not him. This is a fictitious Mick based on a composite of myself and many other men I know. 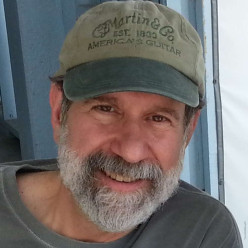 Does the PSA Test Rule Your Life? 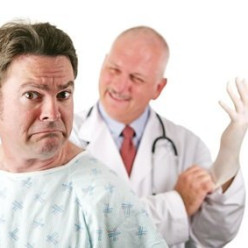 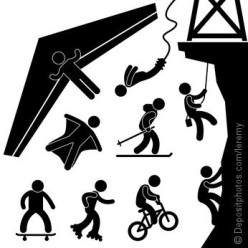 For Proton Centers,
Is Three a Crowd?

Two Pees, or Not Two Pees?