I was diagnosed with prostate cancer in late 2010, was treated with proton beam therapy in early 2011, and have had a relatively easy ride since then. I am a happy camper (thank you, University of Florida Health Proton Therapy Institute). Yet, when people ask me—as they often do—whether my cancer is “cured,” I am conflicted about how to answer. Let me explain why.

First, there is the matter of semantics, along with intent. What exactly do they mean by “cured?” I’m not sure even the person asking me always has a precise definition. It seems like a reasonable question so they ask, but they may not have identified exactly what they hope to learn from my answer. It can sometimes be a baited hook in a fishing expedition to gain any information related in any way to prostate cancer, proton therapy, or me.

Some might want to know if every last prostate cancer cell in my body has been annihilated. Those who already believe cancer is never totally eradicated might merely be wondering whether mine is in remission—dormant and not a present danger, but still lurking around somewhere. Others may want to know whether I have any outward indications that cancerous cells might still be active—a rising PSA, urinary issues, etc. Still others might have used interest in my “cure” as a means of coaxing a prediction: will my cancer ever return? And some might not really be wondering about me, but rather whether proton beam therapy for prostate cancer “works.”

Now, some men have already had a recurrence of prostate cancer. Others have encountered a different and entirely unrelated variety of cancer. Still others have experienced severe health challenges having nothing whatsoever to do with cancer. For all of these men, the question of whether or not they were “cured” of their past conditions is all but irrelevant, and they are unlikely to ask about my status. They must use their limited energy to fight new battles.

I am fortunate to be relatively healthy “for a man my age.” This affords me the luxury of contemplating whether I am cured …

I am fortunate to be relatively healthy “for a man my age.” This affords me the luxury of contemplating whether I am cured of my prostate cancer. And my answer does matter, as does yours. It can affect our quality of life, as well as that of others who want our point of view. It is certainly worth exploring.

I’ll give you my answer and explain how I arrived there, beginning with some personal background.

My history, in brief 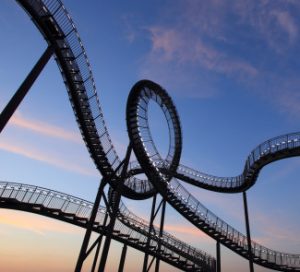 In 2010 I had no symptoms, just a steadily rising PSA that reached 5.9, at which point I had a biopsy. My Gleason score was 3+3, so I was a low risk patient. After 39 proton zaps in Jacksonville I was done with prostate cancer. YAY! Or to be more accurate, YAY-ish.

My subsequent PSA tracking was a roller coaster ride, and frankly I’ve never liked roller coasters of any kind. After a quick meaningless post-proton jump to 9.3 on the day after I finished treatment, it plunged to 2.6, 2.1, 1.3, and one year later my PSA landed at 1.2. I was jealous, or at least envious of some friends who were already sub-zero, but I couldn’t complain. I understood that some surviving healthy prostate cells, not cancerous ones, were probably producing my minimal amount of PSA, which is fine.

All was well until the roller coaster ride began. 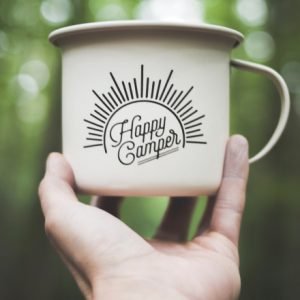 I was finally a sub-zero guy, not that it really matters. Well, maybe it matters a little, psychologically if not physically. It took about seven years to hit my apparent nadir of 0.8, but it was worth the wait. It has remained around 0.8 until the present—more than nine years post-proton. And it bears repeating that I remain a happy camper.

Except for the nerve-wracking roller coaster ride.

Is my cancer cured?

Which brings us back to the key question. On one hand, I had proton beam therapy and now I have no symptoms, no notable side effects, and a sub-zero PSA for the last couple years. If there is such a thing as cancer cured with any kind of radiation, this would have to be the definition. You can’t get much more cured than this.

I had proton beam therapy and now I have no symptoms, no notable side effects, and a sub-zero PSA for the last couple years … You can’t get much more cured than this.

In my situation, many men could easily and eagerly consider themselves done with cancer. Case closed. They move on with nary a thought of whether they are cured—as far as they are concerned, they are. I envy those men, but I am not one of them. Even with this stellar set of circumstances I find it difficult to definitively declare that I am cured. Why?

For me, it’s neither completely scientific (although it probably should be) nor especially complicated (though it undoubtedly is). Whether logical, subjective, accurate, or completely wrong, my 70-year old brain has its own unique way of processing information. When I submit to it the question of whether I’m cured, here’s what goes on inside my head.

According to my brain

All cells, including cancer cells, are tiny. Extremely tiny. Microscopic. In 2010 I had a lot of cancerous ones, and fortunately they seemed to be localized, happily living and growing in my prostate. So we zapped them with protons and they were no longer happy or growing, and they died. Or to be more accurate, the ones that met the beam died. Probably most of them. Maybe even all of them.

But what if there were prostate cancer cells elsewhere? What if “the horse had already left the barn,” as my oncologist would say? Maybe those cells did not die and are still silently trotting around aimlessly in my body, hoping to someday cause me more grief. Likely or not, I don’t find this hard to imagine, but maybe my imagination is getting the better of me, hiding the happier truth of the matter.

Regardless, I cannot shake the image of these tiny little ponies of potential peril meandering around my system. For now, they have been rendered benign, but later … who knows? Fortunately, I have learned that today matters much more than tomorrow or yesterday, so I am relatively content to acknowledge the possibility of a meaningless promenade of ponies causing me no grief. So one day at a time, life is good.

Still, on the outside chance these renegade horse-cells exist, maybe I’m not forever free of prostate cancer. There’s just no way to know without a crystal ball. But do I really need one? Truth be told, I’m not forever anything! Not forever 5′ 8″ (getting closer to 5′ 7″), not forever clever (dad jokes are on the rise), not forever nimble (if I ever was), nor knowledgeable (once a jack of all trades, soon merely a deuce of a couple). Why should I expect to be forever free of cancer? What makes it so special?

It has also occurred to me that many men who have never had any reason to give prostate cancer so much as a passing thought may already have unidentified prostate cancer cells prancing around in their body—maybe even more of them than I have, if I do have any left. After all, I’ve been zapped, and they haven’t. So who should be worried? Sadly, one in six or seven of them will someday meet the monster, but I’ve already been there, done that, and lived to tell the tale (detailed in my book).

Of course, I’ll never forget my fear during the brush with disaster when my PSA briefly touched 3 and my oncologist mentioned the name of a surgeon. After that relatively short encounter with stormy weather it was all sunshine, but can lightning strike twice? I no longer expend much mental energy on this question until the week preceding each PSA test when I do wonder with at least a little trepidation whether I will revisit higher numbers.

So am I cured? You tell me.

I hope you now understand my thought process and can accept my view as little more than a feeling and not necessarily fact. And now you probably won’t be surprised that when asked whether I’m cured, I generally answer, “probably,” which is the most genuine response I can give. I have no good reason to think otherwise. I had proton therapy and by all measures, it worked.

… when asked whether I’m cured, I generally answer, “probably,” which is the most genuine response I can give.

“Probably” is not the wishy-washy answer newly diagnosed men considering proton therapy want to hear, but it accurately reflects how I feel. At the same time, I am confident and never hesitate to point out that proton therapy was the right choice for me and is likely the best choice for many others. It is painless, precise, effective, and arguably safer than alternative treatments. It’s not a silver bullet, but it’s a very shiny one.

So am I cured for good? Probably, but it doesn’t really matter. Today I have food, shelter, friends, family, a strong internet connection and a good cup of coffee. I’m fine, and sufficiently cured at least for today.

I have to ask: are you cured? Let me know!