For us prostate cancer patients, life changed forever on the day we were diagnosed. Like flipping a cerebral switch, our view of the world was instantly reprioritized from top to bottom. Much of what once mattered little suddenly became paramount, and what may have seemed important often became trivial.

We cancer patients know this, but the other people in our lives—our doctors, nurses, friends, and family—might not fully appreciate the intensity of this altered perspective on life. A closer look at our brain-change could help them understand us, and maybe even help us better understand ourselves.

What is it like to become a prostate cancer newbie overnight? Only men who have experienced it can know the answer on a deeply personal level. But we can all gain some insight by meeting Pete as he becomes a member of the club nobody wants to join. Maybe understanding Pete can help us more effectively help other prostate cancer newbies.

From his diagnosis day forward, what does Pete care most about? How does he change on his personal D-Day? What does he need?

First and foremost, Pete loses his peripheral vision and develops a severe case of tunnel vision aimed directly at himself. Like many of us, Pete was a gracious, generous, helpful person before cancer. After cancer many of us became even more so, and maybe Pete will, too.

Pete loses his peripheral vision and develops a severe case of tunnel vision aimed directly at himself.

But during cancer, and especially just after his diagnosis, Pete instinctively relegates his altruistic endeavors and previously important personal projects to the back burner. After D-Day he focuses all his energy on self-preservation, as he must.

Other people in Pete’s life would be well-advised to remember that this may not be the best time to ask much of Pete. There may be exceptions, but he’s probably not going to be interested in becoming treasurer of his neighborhood association. Or actively campaigning for his political causes. Or adopting a pet. Or painting the barn.

Maybe later, but not now.

Like many of us on our D-Day, Pete experiences some degree of panic, triggering the primitive “fight or flight” reaction innate in all of us. He experiences his cancer as a clear and present danger. 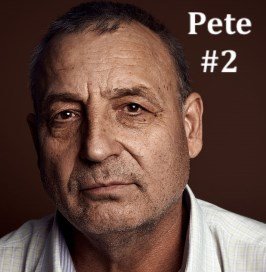 If it were an attacking gorilla Pete would either run from it or engage it in battle. He’d do this instinctively, quickly, and with great conviction.

But on D-Day Pete finds himself face-to-face not with a gorilla, but with a doctor, and the message he wants to convey is short and simple: fix it NOW. Whether he has a supposedly slow-growing cancer or an aggressive one, Pete is in a hurry to rid himself of it. He does not feel that time is on his side or his to waste. He knows he can’t run from it, and there’s only one remaining option: he must fight it.

Pete finds himself face-to-face not with a gorilla, but with a doctor, and the message he wants to convey is short and simple: fix it NOW.

Following his diagnosis, equipped with his doctor’s recommendations and possibly a list of other options, Pete begins what is often called “due diligence.” He does research, gets second and third opinions, contacts other patients, and tries his level best to make sense of the complex, messy new world in which he finds himself. And he is in a big hurry to take action and get it done.

This is why Pete is so appreciative of quick, human responses, and is grateful to those who respect the urgency he feels as he embarks onto this treacherous road. He is fighting cancer and doesn’t want to also battle his way through a telephone maze of menus to reach a helpful human. He’s not interested in leaving voicemail. Nor does he want to wait a week to receive critical information he requested and needed yesterday.

Like most cancer newbies, Pete perceives every roadblock and even small delays as putting him one step closer to being too late. For me, this happened in 2010, and I remember the feeling well. Since then, I have not met a single cancer newbie whose approach is relaxed or casual. For this reason, when new patients reach out to me via my book or this blog I reply within a day. I know first-hand that it’s urgent.

Perhaps even more than the fear of a relatively unlikely death from prostate cancer, Pete is concerned about losing his manhood. To him, facing the possible side effects of any treatment for prostate cancer is at least as terrifying as battling his cancer. Without question, he wants to win that battle, but at what cost?

… facing the possible side effects of any treatment for prostate cancer is at least as terrifying as battling his cancer.

We all know intellectually that continence, sexual prowess, and good urinary and bowel control do not make a male a man. We know that if we live long enough we’ll all suffer in these areas even without cancer. But while it’s easy to apply that understanding to other men, it’s different when it’s you. And Pete feels at risk of losing control and becoming what he perceives to be less of a man. He can’t help it. He feels threatened.

This will likely be Pete’s primary criterion in making the decisions he faces. He would very possibly rather risk death than what he perceives as loss of manliness. In the context of prostate cancer, many consider this to be a matter of preserving quality of life, which it certainly is.

But to Pete, it is more than that. It’s his identity. 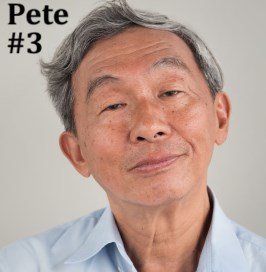 It doesn’t take a cancer diagnosis to appreciate compassion, but Pete is especially grateful for small gestures of kindness. He doesn’t particularly need or want sympathy, but empathy accompanied by action is priceless.

Pete was fortunate in this regard. His first contact with his chosen treatment facility was with a person who knew how to listen and took the time to let him talk. Pete’s contact took ownership of guiding him through the process of beginning treatment, remained easily available throughout, and in effect became his anchor in stormy weather.

He was lucky a second time when in a rare gesture, Pete’s oncologist offered him his private mobile phone number. While this is not always wise or practical, I do know a handful of oncologists who often share their number.

He doesn’t particularly need or want sympathy, but empathy accompanied by action is priceless.

I’ve asked them why, and their answer is simple: they do so because it gives their patient comfort. Furthermore, Pete’s doctor told me, if he were in Pete’s shoes he would want the number “just in case.”

Perhaps surprisingly, these doctors noted that their patients rarely use the number, but having it gives them a great feeling of security and reinforces the fact that their doctor truly cares. It’s a small, unexpected gesture of compassion with a big payoff.

Pete is especially grateful for the veteran patients who are generously willing to spend considerable time talking with him, and most importantly, listening. He may not realize it at that moment, but what he really seeks most from former patients is not more advice—he’s had plenty of that—but rather reassurance that he is not alone.

Only other patients can provide relief from the often intense loneliness felt on D-Day. Connecting with men who have made the same journey provides much-needed support along with hope that everything will be okay. It is a unique and invaluable camaraderie.

There is no shortage of doctors, friends, and family members who will tell Pete what they think he should do. Their opinions will naturally vary, which tends to add to the stress and confusion he already has. A scarcer commodity is a non-judgmental person who will patiently lend an ear.

What Pete needs most is someone to just listen.

At the time of this writing I don’t know anyone who goes by “Pete,” although I do know a couple Peters. The Pete featured here is a fictional composite prostate cancer newbie based on my own experience in that role, and that of other men I’ve spoken with since joining the PCA club. And of course, exceptions may apply.

Suffice it to say that on D-Day, a transformation takes place for a man diagnosed with prostate cancer. His world is forever changed, and now you have had a glimpse into that world.

How did your world change on D-Day? Email me here.

Is the Proton Pendulum Poised to Swing Positive?

2019 and the Peril of Past Predictions

Proton and Prostate
Predictions for 2016