The University of Florida Health Proton Therapy Institute (UFHPTI) was the first facility to offer proton beam therapy (PBT) in Jacksonville, Florida. When they began treating patients in 2006 they were one of only a handful of proton centers in the entire country, and the first in the southeast. Nine years later, Ackerman Cancer Center, a private physician-owned institute, also began offering PBT in Jacksonville.

It’s no longer news that in a few years Mayo Clinic will join the party. They are sinking over $200 million into proton capability for their Jacksonville campus and hope to begin treating patients in late 2023. Jacksonville is then expected to have the bizarre distinction of being the only city in the U.S. with three proton centers.

Three in one city? I have to wonder why, especially when there are still so many regions with no proton center at all. Is there something special about Jacksonville? What could be motivating Mayo’s mysterious move?

This deserves at least some semi-serious scrutiny, doesn’t it?

Here are some theories with merit ranging from slim to none to possibly a little.

It’s all in the numbers

Three proton centers must indicate there’s a lot of cancer. Has there been a massive secret surge in Florida cancer diagnoses, especially in Jacksonville? Have the Mayo folks observed long lines of patients extending outside the front doors at UFHPTI and Ackerman, like ticket-buyers for a Kiss concert?

Not likely, so maybe we should do what every sleuth does and follow the money to Mayo’s motive. There must be buckets of bucks just laying around for the taking by medical facilities offering PBT. With practically every insurance company clamoring to fork over big bucks to every patient wanting proton therapy … Oh, wait. That’s not happening. It’s the opposite.

If there isn’t surging cancer or excess money, maybe there’s a southern surplus of doctors. Maybe Mayo noticed a lot of whitely-clad, stethoscope-necklaced guys and gals in line at the Duval County unemployment office and thought, “Hey! Let’s build a Jacksonville proton center, take these eager young medical professionals out for lunch, buy them a beer, teach them how to fire proton beams “the Mayo way,” hire them on the cheap, drive down the cost of proton therapy, and knock out the competition.

Well then, perhaps it’s the age-old obsession we all have with …

Keeping up with the Jones

It must feel awful to be the only house in the neighborhood without a Rolls Royce in the driveway. And not just for the status, but also because it’s actually a pretty good vehicle. 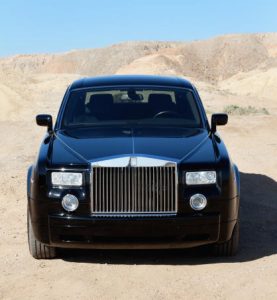 Proton therapy has been called “the Rolls Royce of Radiation Oncology” more than once. It has often been described as “the most advanced radiation therapy technique available”—a “star wars-like technology.” Wouldn’t you want that in your garage (or shuttle bay)?

In fact, “keeping up” could motivate others to follow Mayo into town. As a leading-edge cancer curing technique, proton is finally benefiting from at least some positive press. As the word gets out, it won’t be long before Jacksonville and other major cities have something akin to “the auto mile” for car dealers. We’ll see proton center after proton center, all competing along a stretch of road dedicated to serving cancer customers. UFHPTI, Ackerman, and Mayo will be joined by MD Anderson, Sloan Kettering, Johns Hopkins, and maybe even Loma Linda’s famous and fabled James M. Slater, M.D. Proton Treatment and Research Center. It will be Jacksonville’s Proton Promenade.

Shopping for cancer treatment in Jacksonville will become as easy and convenient as finding a good deal on your next pickup truck.

When a strong magnet has successfully pulled the desired crowd into the area, that corner can become the place-to-be …

Have you noticed how often you’ll find a Lowe’s within sight of a Home Depot? How typical is it to see a Burger King just across the street from a MacDonald’s, or a CVS drugstore within walking distance of a Rite Aid? Why is that?

When a strong magnet has successfully pulled the desired crowd into the area, that corner can become the place-to-be for others seeking the attention of the same crowd. If cancer patients are flocking to Jacksonville because of the strong reputation and success of University of Florida Health Proton Therapy Institute, why wouldn’t Mayo want to plunk down a cyclotron and get a piece of the action? 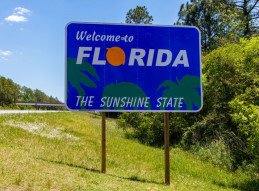 Makes perfect sense. There’s plenty of cancer to go around, and more to come. With caravans of Buicks, F150s, and RVs full of retirees heading south to settle in the Florida frontier, the demographic is perfect for plenty of proton-treatable maladies.

Here’s a prediction: Once Jacksonville’s proton center #3 is open for business, all three will erect digital billboards proudly proclaiming, “Over 95 Billion Cancer Cells Killed,” or some such thing. It’s only natural, and it’s fine as long as they don’t also start selling cheeseburgers.

If you doubt the viability and growing demand for proton therapy, take note that even before Mayo’s Jacksonville plan was announced, the University of Florida Health Proton Therapy Institute had their own plan to expand. UFHPTI’s recent addition of a shiny, new second cyclotron and another gantry with the latest proton delivery technology clearly implies that demand for proton therapy is increasing. Well of course it is, for all the reasons discussed here in The After Proton Blog, as well as in countless other fair-minded health information sources.

Proton therapy kills cancer cells
while minimizing the risk of side effects.

Duh. I’d say it’s not rocket science, but as already stated, it kinda is.

Building a proton center is not easy or cheap, nor is expanding an existing facility. There is no reason to do either without good reasons to anticipate full utilization. The justification for such an expectation is the growing body of strong evidence that the therapy has unique, proven benefits recognized by both patients and doctors.

Is three a crowd?

From a mere handful of proton pioneers a decade ago to over thirty U.S. proton centers today, the trend is undeniable. Proton therapy is not an experiment. It is effective. We need it. And we want it.

Proton therapy is not an experiment. It is effective. We need it. And we want it.

The better question is not why we are about to have three proton centers in one city. More appropriately, we should ask why every major cancer center doesn’t add proton beam capability. It is becoming a must-have option that an increasing number of well-informed patients expect.

Especially with entry-level infrastructure costs falling dramatically, it should be no surprise that more and more cancer centers find it hard to resist the competitive edge they would gain by providing proton beam therapy. And that is exactly what’s happening.

As Jimmy Durante often said, “Everybody wants to get into the act.”

Are three proton centers too many for Jacksonville? CLICK HERE!

NOTE TO READERS: This is a relatively short blog post. I used maximum willpower to resist the temptation to digress into too much detail. Instead of getting lost in the weeds I included many links, and I encourage you to explore further by clicking those that interest you. Happy clicking to you all!

Is the Proton Pendulum Poised to Swing Positive?