I’ve made proton predictions for the past three years and sadly, I’m not doing so well with forecasting. I did come close a couple times, but mostly not. It’s hard for me to resist making predictions because my imagination is indeed pretty good. If fact, it’s often overactive and that, along with my poor past prediction record, is reason enough to avoid making any overzealous prognostications for 2019, and I shall refrain from doing so.

If Gene Roddenberry had been my dad, maybe I would have had greater success predicting the future. The Star Trek creator accurately foresaw flip phones, video calls, location tracking, biometric measurement via handheld devices, virtual reality (the “Holodeck”), voice-controlled devices (“Alexa”), flat panel video screens, and universal translators (Google’s “translate” app), to name a few. The one I am most anxiously awaiting is teleportation. I’m not fond of flying or driving and can’t wait to issue my first “beam me up” command.

Roddenberry was a master, and we only need a quick look at my record to prove I am no Roddenberry.

First, for 2016 I predicted that insurance companies would find new excuses to deny proton coverage, but they did not. They are using the same old excuses: not medically necessary, too expensive, and experimental. Those golden oldies continue to serve insurers well, and it seems logical to expect them to continue using them as long as they do. That’s not a prediction, just a fact.

Next, you might fondly recall that throughout 2016 the U.S. Preventive Services Task Force (USPSTF) continued its 2012 “D” rating for prostate cancer screening, recommending “against prostate-specific antigen (PSA)-based screening.” Naturally, I predicted a drop in prostate cancer diagnoses from one in six or seven men, to only one in ten. My logic was that if you’re not tested you’re not diagnosed, and if you’re not diagnosed your cancer doesn’t count. The amount of cancer doesn’t change, but some of it remains unknown. But apparently there is so much prostate cancer out there that even during the dark ages of testing, the numbers reportedly remained about the same.

TASK FORCE UPDATE:
It became clear that fewer early diagnoses would inevitably lead to an increase in later diagnoses at a more advanced, possibly less treatable stage. Even the Task Force overlords could not ignore this, and in 2018 the USPSTF modified its rating for men aged 55 to 69. It’s now a “C” rating for them, so they are permitted to decide for themselves—a privilege men under 55 or over 70 years old apparently don’t deserve. 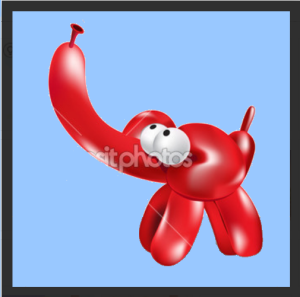 With one 2016 prediction I was very close. I expected to see the total demise of the beloved rectal balloon. While it is true that the SpaceOAR hydrogel has nearly eliminated use of the balloon, our inflatable friends are still hanging around the gantry, ready to burst into action if needed. Yes, even today there are some situations in which the balloon must still be used. There are a handful of reasons a patient might not be a candidate for the gel. So no, the balloon is not quite dead. Long live the balloon!

I was certain Dr. Christiaan Barnard’s great grandson would perform the first prostate transplant in 2017. To date, he has not tried it. He is apparently still waiting for the first volunteer. If you would like to step up to the plate, please let me know and I will be sure he gets the message.

Also for 2017 I expected to see a cancer detection app for our cell phones. There’s an app for just about everything else, so why not a CanSniffer app (©2017 All Rights Reserved)? It could be a real moneymaker. But I was wrong. No app. Not yet.

And no Proton vans, either. For this 2017 prediction I was referring to vehicles carrying proton equipment to patients, not vice versa. I was convinced that by the end of 2017 we’d see fleets of PortaProton vans criss-crossing the United States, bringing proton therapy to the eagerly awaiting masses. I am tempted to renew and upgrade this prediction for 2019 or 2020, adding the inevitable element of driverless PortaProton vans, but as I said, I’m not making predictions this year.

Despite the continuing absence of a proton skill for the Echo, I still find myself saying “Alexa, give me the beam” every now and then.

For me and many others, 2018 was the year Amazon’s Alexa invaded our homes in a big way. I now have seven Amazon Echo devices. I’m a card-carrying member of AA (Alexaholics Anonymous). As such, maybe I went a bit overboard in predicting an Echo skill for proton therapy in 2018, but hope springs eternal and this year I predict … oops. Despite the continuing absence of a proton skill for the Echo, I still find myself saying “Alexa, give me the beam” every now and then. Just to see what happens.

Thankfully, I was wrong in predicting the weaponization of protons in 2018. However—and this is not a prediction—I think it’s only a matter of time. The military will eventually take note of the power of protons. In fact, maybe they already have. Maybe the New York Times hasn’t discovered and reported this because they (and other media) are too busy misleading the public about cancer treatment and proton therapy. Forgive my digression. 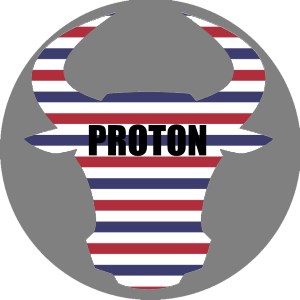 Finally, I was unrealistically optimistic about the creation of a third political party in 2018, one that focused on curing cancer and ending anti-proton discrimination by insurers and media. The election of 2016 was highly polarizing, and a Proton Party could have become a unifying option as the entire country might have rallied around a common cause. We missed a huge opportunity, but maybe it’s not too late (more on this, below).

Okay, so maybe I’m not the best authority for what will happen in the future, but surely I’m qualified to make some NON-predictions—a short list of what will not happen in 2019. Let’s give it a go.

Bear in mind, I’m not necessarily hoping for the all of the above. Danny DeVito would make a great urologist, and guys who get the gel are being shamefully cheated out of a wonderful recurring rectal experience. But I would like to improve my prediction record, and maybe this reverse approach will have more success.

I have one suggestion. Although there was no Proton Party on the ballot in 2018, it’s never too late. This year we should begin a grass roots effort to organize the anti-cancer, pro-proton party, and we need a candidate to lead the ticket. Do I hear you chanting, “Bob Marckini for president in 2020?”

Just to be clear, that’s not a prediction. But it sure would be interesting.

Click here to amuse me with your predictions for 2019. Thanks, and have a happy, healthy year!

Proton and Prostate
Predictions for 2016

Proton and Prostate
Predictions for 2017

4 Things That Make Me More Nervous Than Prostate Cancer

The Proton Wizards
Behind the Curtain